What is Lishi?
Lishi comes from China and is a physical practise of ancient science and philosophy. People who practise Lishi become fitter, healthier and happier.

In class you will be introduced to a wide range of exercises that strengthen different aspects of your mind and body.

You will warm the body up, you will do breathing exercises, you will learn Tai Chi forms, Qigong and Moving Meditation.

You will learn how the flowing movements and philosophy of Daoism can keep you safe by practising Hand of the Wind ‘soft’ Kung Fu.

Every class will be different. Every class will teach you something new. You will feel yourself getting better, becoming more relaxed, calmer, more confident. Your energy levels will rise and you will join a community of other people like you on a similar path. 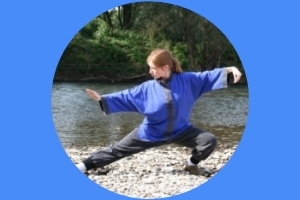 Lishi Tai Chi is fluid yet precise. You learn to feel your body’s natural energies with the Tai Chi Chuan form and Tai Chi dance. The practice is relaxing and energising at the same time. It leads to inner peace and stability.

In many different partner exercises we discover, in a fun way, how we react to stress and what takes us out of balance and of course, how can we stay in balance and act with more peace and more power. 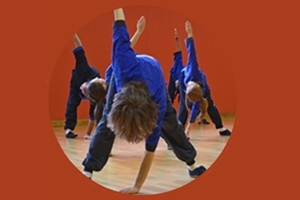 Lishi Daoist Yoga contains dozens of distinct stances and postures and movement sequences that promote relaxation, mindfulness and flexibility. It doesn’t matter whether you are unfit or an Olympic athlete, the abilities of each individual are catered for and extended gradually in a natural way. You will achieve a greater flexibility and suppleness and experience the opening of your energy channels releasing a natural flow of vital energy throughout your body. 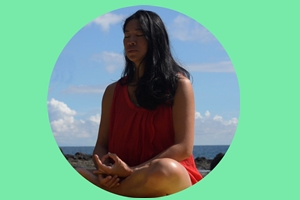 Qi Gong Meditation
The essence of life is breath. In Lishi we learn how to use the breath to help us concentrate and develop a quiet mind. The practise of Lishi Qi Gong helps you develop “staying power”.
We place a special focus on specific respiratory Lishi Qi Gong and Dao Yin. These therapeutic respiratory exercises increase the lung volume and oxygen intake, promote healthy organ function and a stronger cardiovascular system, and they increase your vitality and well-being significantly. 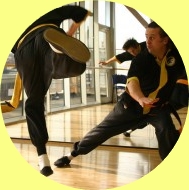 Kung Fu – Feng Shou is Taoist Hand of the Wind Kung Fu. It is the more dynamic component of the Lishi training system. It is used for training coordination, cardio-vascular stamina, presence of mind, precise smooth motion and self-defence. Lishi Kung Fu is never harsh or aggressive. It is soft as the wind, difficult to grasp, and very effective.
In addition to various forms with and without weapons, we work with partners to help improve our understanding of the human body and the flow of energy. The etiquette of how we practise is key and is what stands us apart from other ‘martial arts’. We learn to practise through cooperation and not competition. We do not fight. We do not compete. We do not get injured. 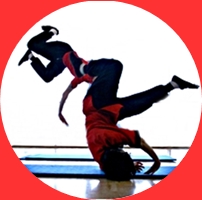 Qi Shu (pronounced “Chee Shoo”) is the Chinese art of gripping, throwing and rolling and is similar to Aikido. When you have strengthened your body and calmed your mind through practising the other arts of Lishi you may be introduced to the art of Qi Shu. You will learn to roll safely in a supportive environment and progress to this most dynamic of our arts which requires high degrees of skill, co-ordination and consciousness. 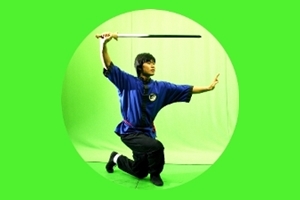 Weapons Training – We learn to understand the energies of the different elements through the practise of ancient forms with tools such as the Tai Chi Sword, Feng Shou Sabre, the Yin and Yang Staff and the Hand of the Wind Silk. When your skill, precision and concentration is developed to a high enough level you might be introduced to the full range of partner exercises using weapons. This high level training can take years to access and decades to master. 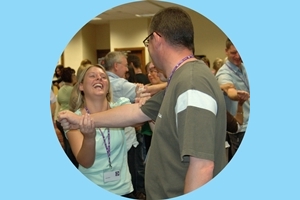 Massage, Diet and Health Arts – At the heart of what we teach is the process of self healing through a range of health arts that include Chang Ming guidelines for a healthy diet and lifestyle, Dao Yin deep breathing exercises and An Mo Tui Na Massage.  These foundations are taught as you progress through your training in the other arts of Lishi.

Find a Lishi Class Near You

What Does Lishi Look Like?
The video below gives you a glimpse inside a beginners Lishi class.

You will be gently introduced to a wide range of exercises that are fun to learn and feel great to practise!

But, every class is different and the only way to find out if Lishi is for you is to come along and give it a go.

Weihai is the small fishing village where the system was originally practised by the Li Family who passed it on from generation to generation. The last member of the Li Family, Chan Kam Li traded precious stones and sailed regularly from Weihai to London and it was here that he met and adopted a young Chinese orphan called Chee Soo who became the next inheritor of Lishi.

In the summer of 1934, Chee Soo was invited to Chan Li's class, and that was the beginning of the training in the vast range of Taoist martial, philosophical, healing and cultural arts that he maintained throughout his life as the President of the International Taoist Society.

Shortly before Chee Soo’s death in 1994 he named the person who would continue the lineage of Lishi and run the organisation (which is now known as Lishi International).

As the President of the International Daoist Society and Lishi International, he visits regularly and has forged strong links with the roots of Lishi and with Taoists across China.

For the past decade, Laoba has been the Overseas President of the Weihai Wushu Association and in September 2017 he was honoured to accept the position of Vice President of the Shandong Wushu Association. Shandong is a regional province of China and is larger than England and Wales combined. It is the second most populous province of China, with a population of 100 million.

Shandong has played a major role in Chinese history from the beginning of Chinese civilization and served as a pivotal cultural and religious site for Taoism.

It is a great honour that the Shandong Wushu Association recognise the quality of the Lishi Arts that we teach at Lishi International and the International Daoist Society and it was a great honour for the IDS to be asked to present to the assembled Wushu Masters from across the province about the history and the current work that we are doing through Lishi to promote the principles of Wushu and the philosophy of Daoism.

We continue to benefit from this rich history in all our classes.